Tattooing Ask Here details the vibrant history of Felix Leu – an accumulation of interviews, personal anecdotes, photographs, and original and traditional flash. The book is a record of Leu’s artistic background and vivid imagination, which led him to develop a distinctive freehand tattoo style. An early advocate for the use of freehand bio-mechanical, psychedelia, pop-art, and cartoon elements in tattooing, Leu’s innovative approach to re-inventing ancient and modern designs made him a trailblazer of many contemporary tattoo styles and pioneer of the Tattoo Renaissance which emerged in the 1970s.

Curated and created by Loretta Leu, who met Felix Leu in New York City in the mid-sixties. Together they travelled and lived in America, Europe, North Africa, India, and Nepal. Along the way, they had four children, and continued to travel until 1978 when they discovered tattooing as an art form that could support their family internationally. Upon settling in Switzerland in 1981, the Leu’s created The Leu Family’s Family Iron Tattoo Studio.

Felix died of cancer in 2002. Loretta continues to live in Switzerland. Felix Leu’s tattoo legacy is carried on by the many young tattooists he inspired and helped along the way. Notably, his son Filip Leu has become one of today’s foremost tattoo artists. 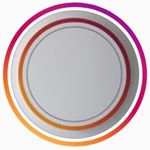